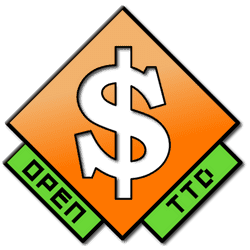 OpenTTD is a business simulation game in which players try to earn money by transporting passengers and freight via road, rail, water and air. It is an open-source remake and expansion of the 1994 Chris Sawyer video game Transport Tycoon Deluxe. To start building a transport empire, the player must construct transport routes, consisting of stations near industries or towns, and in the case of trains or road vehicles, near physical routes. One transport route can utilize several different forms of transport, e.g. truck→ship→train. The player's company and the individual stations each have ratings that depend largely on their efficiency at moving goods from one stations to the other. A station with high ratings may attract more goods.